Aspergers Syndrome Corner 4, a blog by Dawn, is about her experience of raising a school age Aspie (a child with Aspergers syndrome).  Kelsea is now 28 and still lives at home.

Here's a quick preview of the current page of the blog. Just click on the part that you want to read.


These are Dawn's words:

Moving Kelsea to public school didn't come as easily as I would have expected. First, she had to be evaluated by the district psychologist for days before they would consider enrolling her.

Once the evaluation was completed, the report was nothing new to us, Kelsea had a very high IQ, but had significant learning disabilities and ADHD which hindered her ability to learn. And, as we now know, undiagnosed Asperger's as well.


An Individual Education Program (IEP) was created for her. Kelsea was placed in a second grade classroom. She received additional help from a resource teacher and speech pathologist (for the auditory processing problems).


As I said in my introductory blog, this resource teacher was a Godsend! She basically took over my role as advocate and all I had to do was check in with her on a regular basis -- when she wasn't contacting me first.


We were so blessed with Mrs. Gibson because she was a gem among gems when it came to advocating for "her kids." She would fight to the death to get them what they needed in the classroom. As a result, Kelsea flourished in the primary grades at school. She was actually learning and thriving in the classroom.

As I mentioned in a previous blog, these were years that I was able to let down my guard and relax a little. I was able to find a life for myself and connect with other adults for a change while Kelsea was in school. In other words, I could breathe again!

Kelsea was thriving under Mrs. Gibson's tutelage, as well as through her second and third grade teachers, who were wonderful. But as every parent knows, the teacher can make or break a student. The 4th and, especially, the 5th grade years were full of struggles for Kelsea.

GOING FROM GREAT TO BAD

Kelsea's 4th grade teacher had a special needs child at home and she wasn't thrilled to have Kelsea in her classroom. It meant that she had to deal with the same issues at school as she did at home.

It was a particularly stressful year for both Kelsea and I. Plus, there was a lot more homework coming home and Kelsea was so wore out from school that doing an hour or more of homework at night caused daily meltdowns. The stress was back.

On top of that, other issues were cropping up.......Kelsea hated recess and would do whatever she could to stay indoors and not have to go outside. The teachers were very concerned because she preferred to stand next to them and talk during recess instead of playing with the other children.


In hindsight, we know that the playground was too overwhelming for her with the sensory processing problems she had. P.E. and the lunchroom were the same way.  The school refused to let her out of those activities, or eat her lunch in a quiet classroom.


Mrs. Gibson and I fought for her but, to no avail. Back in the 90's, they just weren't as accommodating to a child's special needs like they have to be now.

Then came Kelsea's 5th grade year - the year from hell. Mrs. Gibson had specifically placed her with the best teacher at the school, considering she had such a difficult year in 4th grade. But on the 1st day of school, that teacher decided not to return and Kelsea's class was in substitute chaos until a replacement was found.

The replacement was our worst nightmare. She was unbending to special needs and wasn't afraid to show just how much she hated having Kelsea in her classroom. One day, it got so bad that the angry teacher literally threw an eraser at Kelsea. That was the last straw and my husband and I stormed into the principal's office to demand our child be moved to another classroom. The school wouldn't budge.

Kelsea had to stay and the teacher wasn't even reprimanded that I know of. I was livid. Kelsea cried through every day and it was all I could do to get her out the door in the morning. Again, a teacher can make or break a child and this one broke my child (and me) in ways I would never care to re-live.

This teacher was not re-instated after that year, so I am sure I wasn't the only one in the principal's office on a regular basis filing complaints!

ON BEING AN ADVOCATE

Moral of that story, if your child has an awful teacher like this one, you don't have to take it sitting down. Let your voice be heard! If we don't stick up for our children, no one else is going to. Looking back, I just wish I had been a little more vocal than I was, and had gone higher up the education ladder than I did.


After that experience, we gladly said goodbye to elementary school, but it also meant saying goodbye to our angel advocate, Mrs. Gibson, and I had to pick that baton up once again.

Here are other posts by Dawn at the Aspergers Syndrome Corner (newest to oldest):

Have A Great Story About This Topic?

Do you have a great story about your learning disabled child or student in school? What did you have to do to see that your child/student was being educated? Others just starting on this journey need to know and learn from your experience. Please share it with us!

...where you will find helpful websites and fun activities for kids.

You will also find information on educational issues and learning disabilities. 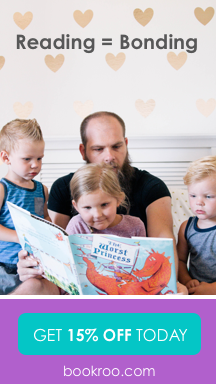