Aspergers Syndrome Corner 1, a blog by Dawn, a mother's account of her homeschooling experience with her daughter who has Asperger's syndrome and other learning disabilities as well as sensitivity issues.

The following is her story in her own words. I hope this story inspires you to do what is best for your child, whether it be to homeschool or to continue education through the public school system.

This project is on-going with Dawn writing a chapter every month (when time allows). If you would like to be informed when the next chapter comes out, please fill out the form at the end of this chapter or click the RSS feed at the left. I will then notify you when the next chapter is available for reading.

I have listed the chapters below with the newest listing on top. Just click on the link to read the chapter.

"IT’S A GIRL AND SHE’S IN CONSTANT MOTION!”

During my first sonogram the technician asked if I had felt the baby move yet and I answered, "not yet." Her reply, as she turned the screen to face me was, "well, when you do, you will probably never stop." There on the screen was a teeny tiny baby that was constantly in motion, and the technician was right - the movement never stopped! Kelsea Brennea was born on December 15, 1991 and from her first breaths she held her head up and looked around, much to her doctor's total disbelief.


The day we brought her home from the hospital, I laid her on her tummy (we did that back then) at the foot of the crib. When I came in to check on her later she had scooted herself all the way to the top of the crib and got her head under the bumper pad. She was only 3 days old! That was probably a pretty good clue that the word "normal" was never going to be in our vocabulary!

Kelsea was in constant motion from that time forward and by the time she turned 4 we were seeking some help. We took her to a psychologist as I was pretty sure she had ADHD - she never stopped going and I lived in a state of constant exhaustion.

After two days of "attempting" to test her for ADHD (I say "attempting" because she couldn't sit still long enough, nor focus long enough to do any of the tests) the psychologist finally gave up and stated, "there is no doubt whatsoever that this child is ADHD." At that point we opted to put her on Ritalin so that she would calm down - and I could breathe again. And it was very successful.

I have found a very helpful site for those of you who would like to try an alternative diet designed for children who have AD/HD. It is ﻿Natural Alternative ADHD Treatment﻿.

She is a registered dietitian. Her specialty is pediatric nutrition. She helps children who have developmental disorders, autism, AD/HD, cystic fibrosis, inborn errors of metabolism and other complicated health issues in children.

Anna Tai is Asian and grew up in China using both traditional Chinese medicine (herbals) and Western medicine when she was sick. She recommends finding trained medical doctors who have decided to practice "functional or integrative medicine." Read her site for much more information.


STARTING AT A PRIVATE SCHOOL

Kelsea started attending a private Christian school but struggled terribly. Learning anything new was extremely difficult, but when she got it, SHE GOT IT! By second grade, however, the learning disabilities were becoming more obvious and because it was a private school we were unable to get the help we needed.


At that point we opted to transfer her to a public school where we began a world of IEPs, specialists and therapists. Kelsea was diagnosed with auditory processing issues, sensory integration disorder and showed some signs of mild obsessive compulsive disorder. As with many ADHD children, she was very intelligent, but getting the information into or out of her brain was a challenge.

Having a school resource teacher/therapist was a Godsend and she began to do much better in school. The downside was that she never made many friends and certain parts of school were awful for her - such as recess and PE. We knew it was because of the noise generated in these situations, but never fully understood WHY the noise bothered her so much.

Of course, the teachers and principal insisted that she continue with recess and PE despite the fact that it was physically painful for her. This was the beginning of many fights with the public schools attempting (rather, failing) to advocate for my child.


KELSEA WHO? AND IEP’s


When she began Middle School (6th grade) our whole world changed. According to her IEP, the resource teacher was supposed to meet with her daily. By mid-year I discovered, quite by accident, that the resource teacher didn't even know who my daughter was, let alone was she meeting with her. Kelsea was falling through the cracks at a very fast pace.

Each IEP meeting consisted of my husband and I being inundated with every single negative thing they could find about my daughter, me fighting with the staff, failing in my advocacy and crying for hours afterward. I canceled her last IEP meeting and I even stopped attending parent-teacher conferences because I couldn't stand the negative reports.

By the start of 7th grade Kelsea and I could continue down this path no longer and my husband and I began to look into other options.


After trying (and failing) in another very small Christian school, it became obvious to us that our only answer was to homeschool her. Kelsea's auditory processing problems were going to make Middle School and High School nearly impossible and by this point we were beginning to see very strong signs of Asperger's Syndrome.

As I delved into research on Apsergers we came to understand that so many of her past issues (noise, lack of friends, communication problems, seeming obsessive compulsive issues that were really just issues of needing routine) were all due to the Aspergers. There was no doubt in our minds that that was what we were dealing with. But since we were now homeschooling her, we found no reason to get her formally diagnosed. I had been living with all her quirks, inabilities and strengths for so long that spending hundreds of dollars to get a proper diagnosis of something we already knew seemed redundant.

I homeschooled Kelsea from 8th grade until she graduated from high school. Because we homeschooled I was able to teach to Kelsea's strengths (visual, tactile) and avoid the auditory as much as possible. Not to say there weren't struggle....OH were there struggles!.....but we could set our own pace, work at her level and especially in her field of interest (history!)

We did attend a very large homeschool group so that she could be around other kids her age but because of the Aspergers she never was able to make friends - except with the adult leaders of the groups!

Even though Kelsea has graduated, life hasn't exactly gotten any easier. Now we are faced with trying to find a job, insurance coverage, and her continued inability to communicate at a level that society expects. I have a feeling that this journey we have been on will continue for quite some time!


As Dawn has time to write more about her homeschooling experience, she will post it here. If you would like to be informed when Dawn posts another blog, please sign up below.

The following links are for Dawn's continuing story.

...where you will find helpful websites and fun activities for kids.

You will also find information on educational issues and learning disabilities. 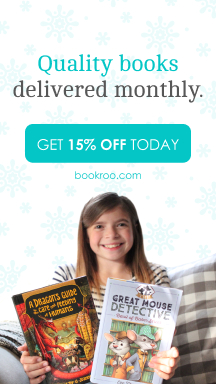